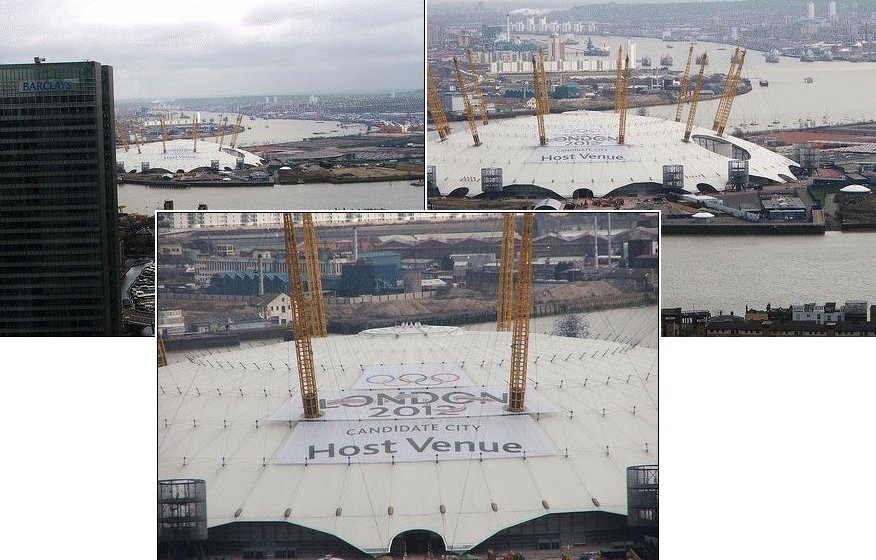 ChangePlan Ltd calculated the distortion affects produced by placing straight lettering onto the curved surfaces of the Millennium dome, London. We then applied distortions to the original artwork for the London 2012 Olympic bid. The banner was made up of 16 panels (24m high x 4.5m wide) printed by Macro Art. When the panels were joined, the resulting banner followed the curvature of the Millennium dome, London, so that when a banner was anchored 1m above the surface. The lettering and graphics would appear straight when viewed from above, as the members of the International Olympic Committee (IOC), flew in and out of London. 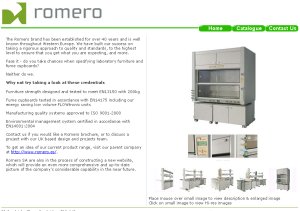 ChangePlan Ltd was asked to create a web window for Romero (UK). We developed a site to show case their modular design for laboratory furniture.

ChangePlan Ltd was called in to distort ready prepared artwork. A large plate, approx 6m in diameter, was produced to commemorate the Vauxhall Golf 25 year anniversary. The artwork, which had to be printed onto the plate, had been produced. ChangePlan Ltd had to transform the artwork to fit around the rim of the plate, which was at an angle, so the curvature had to be distorted The Picture (apologies for the quality) shows it on Hanger Lane, (the North Circular Road, A406), London, UK.

ChangePlan Ltd was asked by Global Erecting Sign Services Ltd (GESS Ltd) and PressOn Ltd to distort graphics to enable them to apply pre-printed panels to a ships hull. This was for the HMS President sited on the Thames at Victoria embankment. We worked closely with all parties to ensure the tight deadlines were achieved. We had to manipulate hi-res digital graphics, supplied by the artist Tobias Rehberger in digital format, to enable vinyl panels to be printed of a size that could be manhandled from a boat and fitted safely. The imagery had to follow the contours of the hull but appear straight and true when viewed, and also had to line up with additional graphics above the hull.

We use cookies to ensure that we give you the best experience on our website. These cookies perform functions like recognizing you each time you visit the site or helping us to understand which parts of the site you find most interesting and useful. You can read more about the cookies that we use and their purposes. We appologise for any inconvenience.
I accept
More info